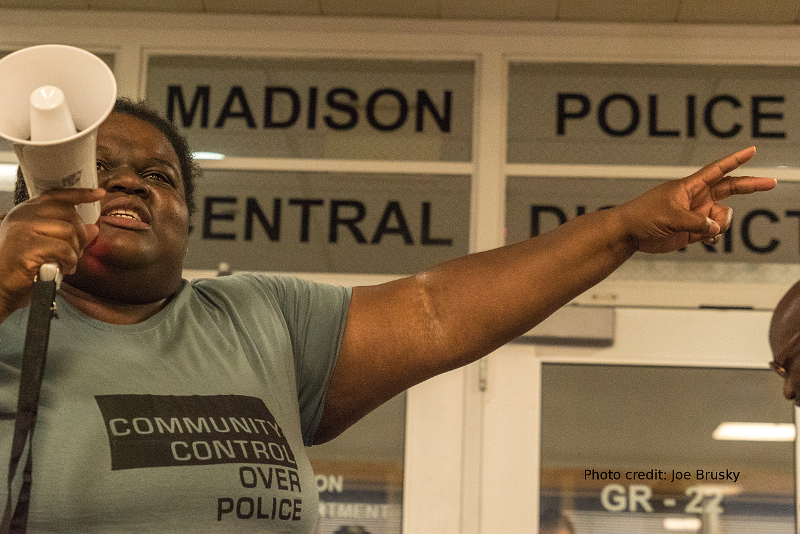 To be perfectly clear, this is not a call for some type of civilian investigative, oversight or review board. With full control over the police, civilian review is redundant and unnecessary. This is not a call for more community policing, where the police know each of the family members of the person they are arresting, and will use those relationships to gather information for the purpose of placing more people behind bars.

This is a call for Community Control Over Police as a means of shifting power, enforcing democracy, deconstructing the historic relationship between the police and the Black community and re-imagining a social force designed to actually protect and serve it's population as policy, not as a meaningless slogan developed by the PR department. It is important to explicitly rule out these 'options,' if we dare call them that, because as the call for the Black community to control it's own police grows louder and the momentum for the campaign builds, reformist organizations embedded in our community will launch their own campaigns for 'police reform,' something they were unable to accomplish prior to the call for actual power, but is now suddenly on the table.

With an historic opportunity to shift the center of power to the Black community, we cannot allow reformist factions to divert the demand from building actual power for our community to gaining the right to review the power of the police over our community or to install police who smile even as they act against our interests. Settling for review when we have the opportunity for power is nothing short of selling out. There is no purpose, or dignity, in reforming a colonial relationship. The only option is to end that relationship.

Whether these organizations offer their reforms because they were lured into doing so by major foundation dollars or because they legitimately prefer the existing power relationships, so long as they include a few tweaks, or some other reason, is entirely subjective and, therefore, irrelevant. The only way to end police terror against low- income Black communities is to permanently end the colonial relationship between those communities and the police departments that serve as Occupying forces.

The promise of this moment is the promise of shifting power and, therefore, we must build a movement willing to envision, demand and fight for empowering Black communities.