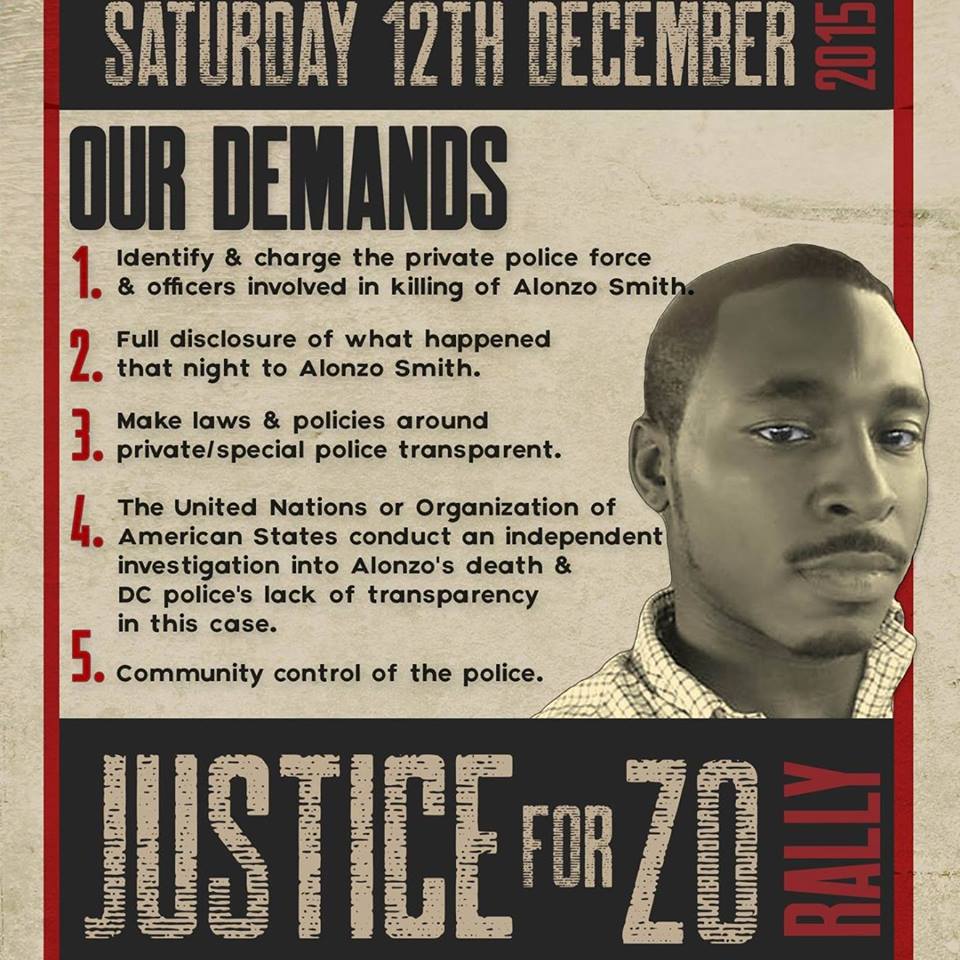 Alonzo Smith was a 27 year old DC resident, VA school teacher, and father of a 6 year old son. On November 1, 2015 Alonzo was killed unarmed at Marbury Plaza apartments in Southeast, Washington. He was found handcuffed in the custody of private security guards known as “special police,” who are armed, have arrest powers and are licensed by the District.

Until this day the DC Metropolitan Police Department has not disclosed the identity of who is responsible for or suspected of killing Alonzo. Nor have any charges been made.

From all appearances, this seems to include a cover up by the Metropolitan Police Department.

We, the family, friends, and concerned citizens believe that what happened to Alonzo Smith should concern all those who live and come through the District of Columbia.

2. Full disclosure about what happened that night to Alonzo.

4. The United Nations or Organization of American States conduct an independent investigation into Alonzo's death & DC police lack of transparency in this case.