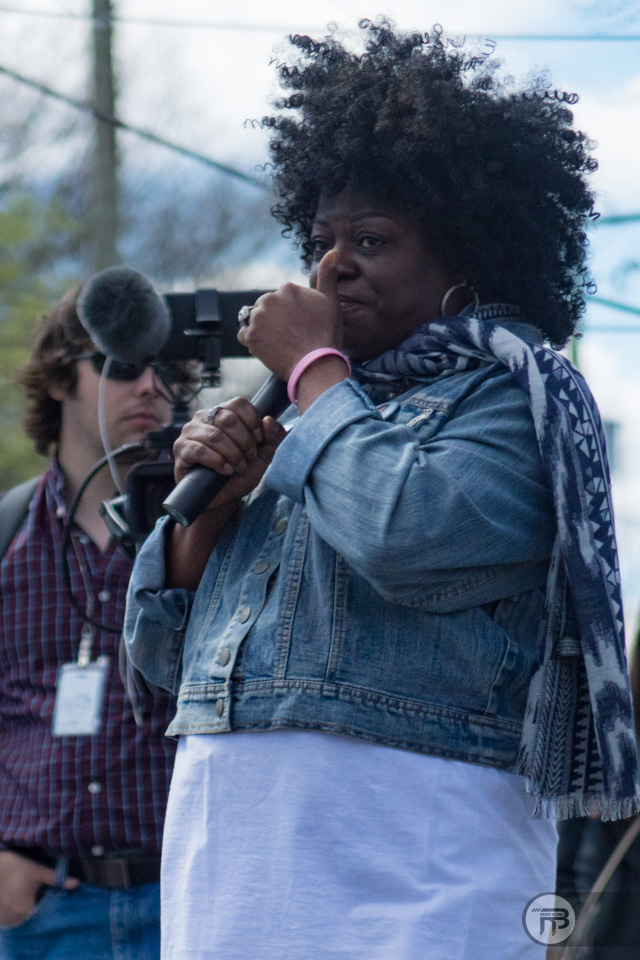 WASHINGTON DC: After 11 months of secrecy in the case of Alonzo Smith, who was killed by special police in Southeast, Washington, DC, November 1, 2015, Assistant U.S. Attorney Jean Sexton is scheduled for a private meeting with Beverly Smith, mother of Alonzo and organizer of Pan-African Community Action (PACA). Sexton is the prosecutor assigned in grand jury proceedings of the case and PACA is the organization co-founded by Beverly Smith in response to the killing of her son. It is unknown what information will be revealed in the Thursday, October 13, 12 noon  meeting at the Office of the United States Attorney in Judiciary Center.

Along with holding a press conference outside of the meeting, Beverly Smith’s PACA and a host of other local Movement for Black Lives organizations will mobilize to demand swift justice for Alonzo Smith. Hundreds are expected to attend.

It was nearly a year ago that, in response to residents calls about an assault in progress, Metropolitan police arrived to find 27 year old Alonzo Smith, a teacher at a private school in Virginia, restrained by special police officers (SPOs) of Black Blackout Investigations and Security (BIS), at the Marbury Plaza apartments on 2300 Good Hope Road in Southeast Washington DC.

Video made public by the DC government shows that an unresponsive, hand cuffed Alonzo, was shirtless and shoeless when the MPD found him laying face down with one of the SPO’s on top of him and the officer’s knee pressing his full body weight into Alonzo’s back. MPD immediate complicity can be witnessed in the video by their treatment of the SPO’s false claim that Alonzo was “on K2,” a term referring to a synthetic drug that causes hallucinations. MPD called in the claim and included it on the incident report as fact, later to be disproven by the coroner’s report. After MPD attempted CPR, Alonzo was taken to the hospital and pronounced dead.

Witnesses heard Alonzo pleading, “Help, help, they are trying to kill me,” as he knocked on various doors for safety. The initial Metropolitan Police report called Smith's death a "justifiable homicide" without saying how it was justified. Shortly after, the police recanted, saying that was an error; and that the case is classified as a "death investigation." Since then no further information has been disclosed by the D.C. government and the case was moved to a federal grand jury.

The coroner found that the cause of death was in fact homicide, leaving the grand jury to decide what type of homicide; justifiable, involuntary manslaughter, or murder, - and who is responsible. The only account on record about the reason for the arrest is the SPOs vague claim that Alonzo was “acting bizarre.”

PACA and Ms Smith express empathy and satisfaction that the family of Terrence Sterling, recently killed by MPD Officer Brian Trainer, was able to get the name of one of the officers involved in his murder. “We believe the Sterling family and the community at large deserve to know the identities of all killer cops,” says PACA organizer Netfa Freeman. “However, we are troubled by the double standard preventing the release of the identities of officers responsible for killing Alonzo.” PACA holds that the only reasons for this are:

Unlike in the Terrence Sterling’s case, there were no known witnesses who actually saw what happened to Alonzo. Therefore, concealing the officer's identities in Alonzo's case also maintains the concealing of the pretext leading up to his murder.

Concealing the identity of the officers and the pretext in Alonzo's case also protects their employer, BIS from liability and demonstrates the higher value placed on capital and business over the value of Black lives.

Beverly Smith says, “All of these things point to what we have maintained all along, that there is a cover up going on in the case of my son, Alonzo.”

Authorities and many media have kept tunnel focus on the actions that caused Alonzo’s death, while neglecting the broader circumstances and motive.

Federal government officials consistently reduce the issue of the epidemic of killings of Black people by police and security guards to a question of inadequate training or lack of “trust” between Black communities and law enforcement, while ignoring the fact that these cases reflect a nationwide practice from which rich white communities are immune. Historically and recently, local district attorneys and the Department of Justice have demonstrated their inability to hold violent police officers, security guards and vigilantes accountable for their discriminatory actions.

Beverly Smith is expected to address the media prior to entering the meeting, and possibly again after the meeting. Direct all media inquiries before hand by email to paca@protonmail.com or call Netfa Freeman on 301-938-4628.