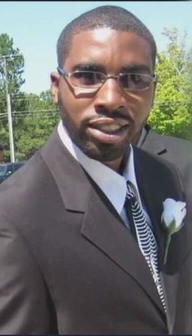 The lack of self-determination and the need for Black people power is evident in every aspect of working poor Black life in the United States. Most recently, news from DC Metropolitan Police Department (MPD) brings our focus to policing.

On December 5, 2017 the MPD Use of Force Review Board (UFRB) found the killing of Terrence Sterling by police officer Brian Trainer unjustified and recommended that Trainer be fired from the department.

In the early morning hours of September 11, 2016, Terrence Sterling left a bachelor party and started towards home on his motorcycle, allegedly speeding and running red lights. In accordance with department policy on chases, a supervisor ordered patrol cars in the area NOT to pursue the motorcycle. Going against official policy, a police car started chasing Mr. Sterling then suddenly blocked his bike’s path, resulting in the bike hitting the police car door. Officer Trainer, who was riding shotgun, rolled down his window and shot Terrence Sterling multiple times, while seated in the police car.

​While this UFRB decision comes over a year after Terrence Sterling was murdered, the prosecutor’s office decided a few months ago (weeks before the anniversary) not to press charges against officer Trainer. All is really said and done as far as the court bringing justice goes. But we weren’t holding our breath.

We must learn from history, and if there is something these last 3 to 4 years (more so, the last 300 to 400 years) have taught us - it is that we will not find any justice in the U.S. just U.S. courts and prisons. And in this instance, the court has decided that causing an unarmed motorist to crash, then to drive by and shoot the man in the neck, allowing him to bleed to death on the street is not sufficient to warrant, at the least, manslaughter charges. Instead, the justice system leads Black people to believe that the police are fully empowered to commit with impunity criminal acts, such as that perpetrated against Terrence Sterling.

While some are satisfied that the review board found the killing to be unjustified and has recommended officer Trainer be fired, the harsh reality is that the finding does nothing but lay bare the impotency of review boards and the lack of say Black people collectively have over how the police operate in their communities.

The need to heed the calls for Community Control over Police (CCOP) is just as clear in this case as in others across the nation. DC has one of the lowest reported Use of Force instances in the country, yet and still when a police officer guns down a citizen on a bike, all that the community has to fall back on is the powerless “recommendation” from an impotent review board. And the board’s finding is too little, too late. The difference between a review board and a control board is all too clear here.

First, the DC MPD Use of Force Review Board is made up of 6 police officers and zero civilians. According to www.dcauditor.org, “An MPD Assistant Chief and five other senior members of the Department comprise the UFRB”.

Second, this board doesn’t have the power to even recommend that the officer be brought up on charges. In fact, the board cannot even make any findings until after the decision to bring charges or not has already been made, hence its ruling comes 4 months after the prosecutor’s office decided not to press charges against officer Trainer.

A civilian control board (CCB), on the other hand, would not have the obvious conflict of interest inherent in the UFRB, as the CCB would consist of randomly selected civilian residents of DC. Furthermore, any reasonable person will conclude that termination from the police department for not only shooting, but killing an unarmed person who posed no threat to an officer’s life is a light slap on the wrist.

Under the Civilian Control Board the fate of officer Trainer would have been decidedly different seeing as how this board has the ability to subpoena and/or terminate any officer who is proven to pose a threat to the human rights of any individual or the community as a whole. It is obvious that Black people need desperately to control the rogue state and its domestic military arm which is commonly referred to as the police. Our very lives depend on it.

In order though for us to successfully take control of our lives, we have to begin the process of organizing ourselves towards that end. This is a call for those who love justice and recognize the need for Black self determination to get involved in the taking of power from the hands of the police department and placing that power in the hands of the people.

If not us, then who? If not now, then when? Community Control over Police is not an option, it is a necessity. Somebody must have power other than those who currently hold it. We say it should be the working class Black community.